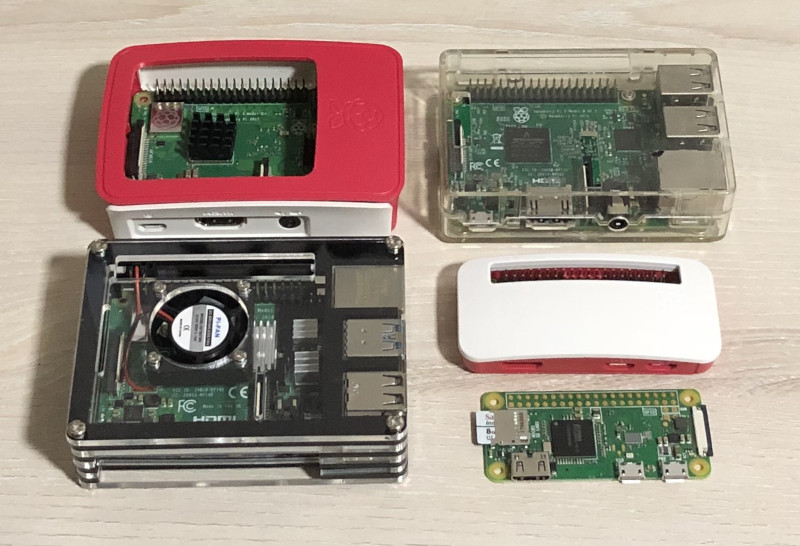 A Raspberry Pi is one of the things that you should consider getting if you are a computer programmer.

Just bought a Raspberry Pi but not sure what to do with it? If that is the case, you had come to the right place. On this page, you will find plenty of ideas on how to use your Raspberry Pi.

For example, you will find instructions on how to setup a CCTV for surveillance, Web IDE to help you code everywhere you go, project management platform for tracking your project statuses and etc.

I had always wanted to measure the temperature and humidity of the environment where my herbs are grown at.

Since I had a few pieces of Raspberry Pi 3 lying around the house, I decided to use one of them to measure the temperature and humidity of the area of the house where my herbs are.

Given these points, I created this post to show how to read temperature and humidity from a DHT11 sensor that is connected to a Raspberry Pi 3.

Given these points, this post shows how you can build a Raspberry Pi 3 prototype camera that takes a picture at the press of a button.

How to enable Raspberry Pi camera on Raspbian Stretch Lite

When you install Raspbian Stretch Lite on your Raspberry Pi, you will need to enable the Raspberry Pi camera before you can use it.

In case you need a reference, this post will show you how to enable Raspberry Pi camera on Raspbian Stretch Lite.

Comparing the 0.67x wide angle lens and the Fisheye lens on a Raspberry Pi CCTV 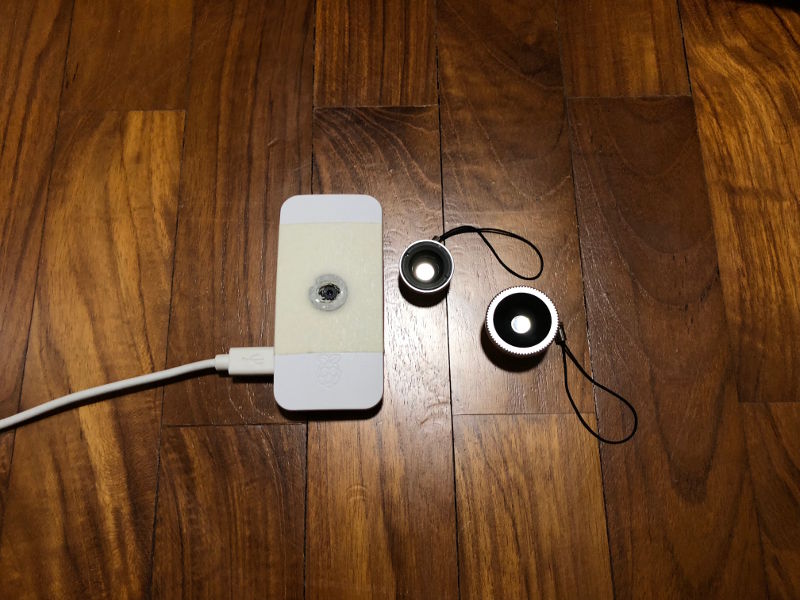 Recently, I found a pack of Camera Lens Kit for mobile phones. Inside that pack, there is one 0.67x wide angle lens and one Fisheye lens.

Given that, I had created the following posts to show how you can put them onto your Raspberry Pi Zero W CCTV:

Previously, I wrote about how to make your Raspberry Pi Zero W camera see an ultra-wide view through a Fisheye lens.

Since the pack of Camera Lens Kits for mobile phones includes a 0.67x wide angle lens, I decided to use it to turn my other Raspberry Pi Zero W CCTV into a wide angle security camera.

If you need a reference, read this to find out how you can turn your Raspberry Pi Zero W CCTV into a wide angle security camera.

Undeniably, Calin Crisan had created one of the best way for us to build a Raspberry Pi security camera. In addition to the ease of setup via motionEyeOS, the motionEye web-based frontend is also easy to use.

Since a Raspberry Pi security camera is used for surveillance, we will want it to record videos of things that happened when we were not looking.

However, recording footages of the surveillance area when there were no motion being detected is wasteful. Moreover, it is hard to get to the video recording of a stranger moving your flower pot when there are too many redundant video clips in your Raspberry Pi security camera.

Even if we switched on motion detection for the entire video frame, there could be motion detected outside of the area of interest. For example, we may be interested in birds resting on our plant rather than birds flying in the sky.

So how do we configure motionEye to only capture video if there are movements in a particular section of the surveillance area?

This post will show you how to do so.

When you are building a Raspberry Pi camera project, you may want to compress the images captured from the camera to reduce the time to upload your image to a server endpoint. Moreover, when you connect your Raspberry Pi to your iPhone Personal WiFi hotspot, you will want to incur minimal mobile bandwidth charges from demonstrating your Raspberry Pi project in your class.

You may have either:

In this case, you will have the option to use Pillow, a fork of Python Imaging Library, to compress your jpeg image.

While I was organising cabinet, I found a pack of Camera Lens Kits for mobile phones.

Since I am using my Raspberry Pi Zero W as a surveillance camera, I figured that it would be useful if I can use the Fisheye lens in the pack to make my camera see a wider view.

This post shows how you can make a Raspberry Pi Zero W camera see an ultra-wide view.

How to setup Python Imaging Library, Pillow, on Raspbian Stretch Lite for processing images on your Raspberry Pi

When you are building a Raspberry Pi project that deals with images, the Python Imaging Library, Pillow can be very useful. For example, if you connect a camera to your Raspberry Pi 2 or 3 and took a picture, you may want to resize the picture before sending it to a server endpoint.

In case you have trouble setting up Pillow on Raspbian Stretch Lite, this post is for your reference.