This post documents the steps that I took to build my Raspberry Pi 2 TV Box with an OpenELEC Mediacenter image.

I used the following hardware to realise my Raspberry Pi 2 TV Box:

Getting a copy of the OpenELEC Mediacenter image

Booting into OpenELEC 6.0.3 on my Raspberry Pi 2

Getting past the initial configurations

When the OpenELEC Mediacenter image started running for the first time, it performed a repartition to use all the available disk space on the microSD card.

It then rebooted itself and showed a configuration wizard where it asked my input for:

After running the initial configurations, I would have a SSH server running on my Raspberry Pi 2 TV box to receive files from my MacBook.

Since there was an update file at the OpenELEC download page for Raspberry Pi 2 builds, I went ahead to update the OpenELEC image with that update file. I downloaded OpenELEC-RPi2.arm-6.0.3.tar onto my MacBook.

Earlier at the configuration screen on the wireless network settings, I was shown the IP address that my router had given my Raspberry Pi 2. I noted the IP address as 192.168.0.110

To perform the update, I would need to send OpenELEC-RPi2.arm-6.0.3.tar into my Raspberry Pi 2 /storage/.update directory. To do so, I entered the following command in my MacBook terminal:

Once the transfer had completed, I rebooted my Raspberry Pi 2 TV Box to get it to perform the update.

Calibrating the video display on my Panasonic VIERA TV

Somehow, my Panasonic VIREA TV was not able to show OpenELEC screen correctly; a large margin was being cropped out of the display area.

Thankfully, OpenELEC gives me the option to calibrate my display dimensions. 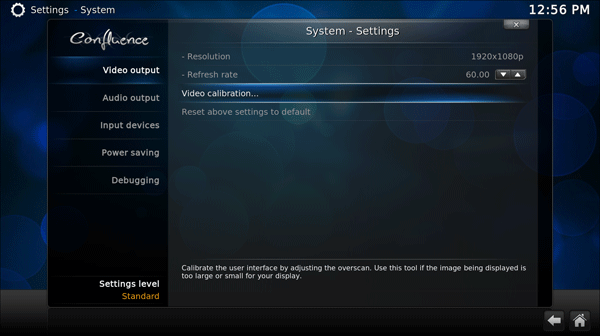 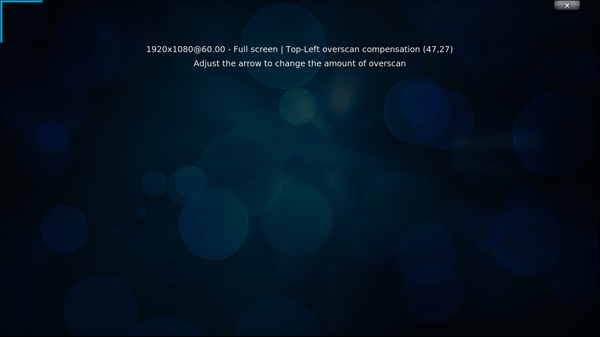 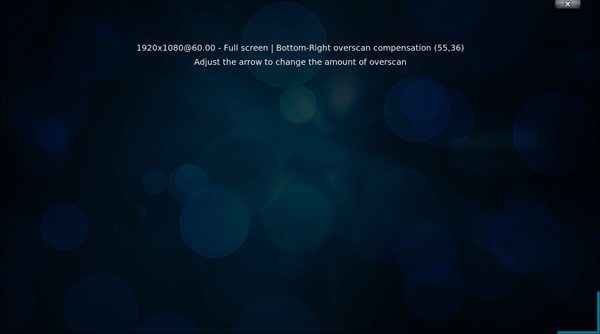 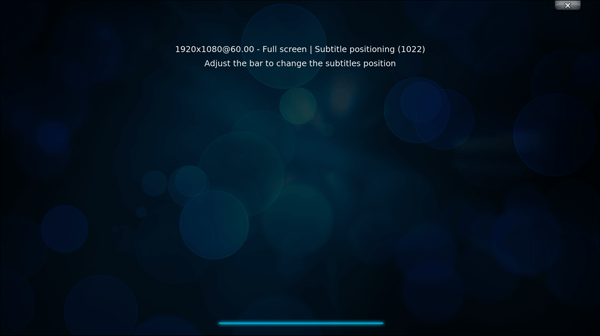 I pressed the up, down, left and right buttons until the blue box became squarish 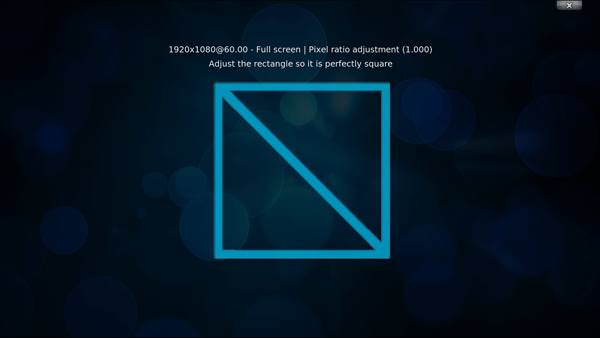 With these video calibration settings, I was able to fix the cropped display on my TV screen.

Since I lived in Singapore, the default timezone for my Raspberry Pi 2 TV Box was not applicable to me.

To correct the timezone for my Raspberry Pi 2 TV Box, I navigated to the Appearance Settings screen via SYSTEM -> Settings -> Appearance -> International. I then set the Timezone country to Singapore: 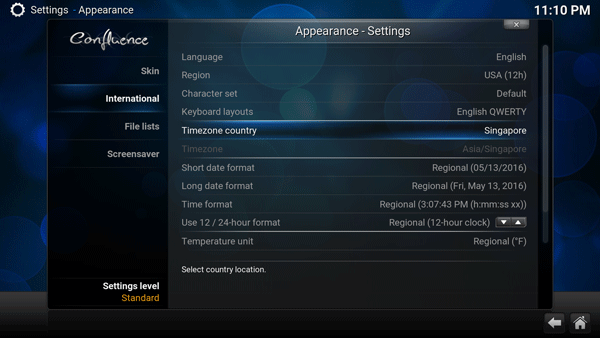 I also navigated to the Network settings screen via System -> OpenELEC settings -> Network. From that screen, I clicked on Timeserver #1 and entered pool.ntp.org: 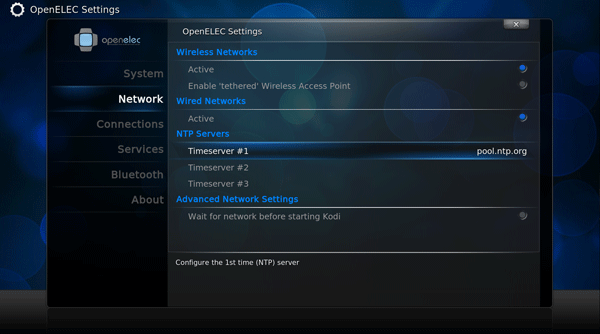 Choosing a font which will display Chinese characters correctly

The default font would caused Chinese characters to appear as square boxes. To ensure that the OpenELEC image display Chinese characters correctly, I navigated to SYSTEM -> Settings -> Appearance -> Skin and changed the Fonts configuration to Arial based: 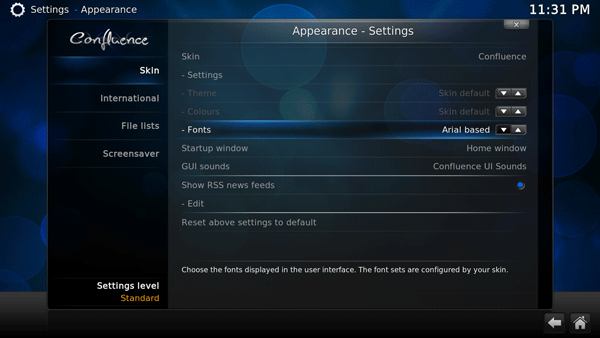 After I had applied the timezone related settings, I went on to install a few video plugins so that my wife could watch her favourite shows. I navigated to the Video add-ons screen via Videos -> Add-ons -> Get more... to do so.

I was then shown a selection list for me to install some video plugins, for example The Wall Street Journal Live: 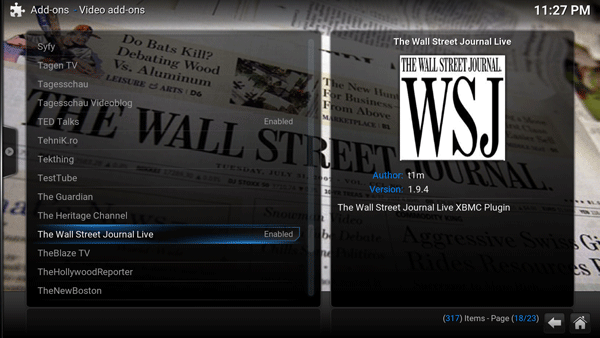 The default Youtube plugin was failing me with Bad Request errors. To solve the Youtube plugin problem, I downloaded a copy of the Youtube OpenELEC video plugin fix from RaspberryRabbit's GitHub repository onto my MacBook's file system, saving it as plugin.video.youtube-master.zip.

I then sent plugin.video.youtube-master.zip into the /storage directory on my Raspberry Pi 2 TV Box via the scp command:

After the scp command had completed, I used ssh to get into my Raspberry Pi 2:

Once I was inside my Raspberry Pi 2 TV box, I went on to delete the old Youtube plugin:

I then rebooted my Raspberry Pi 2 TV box: 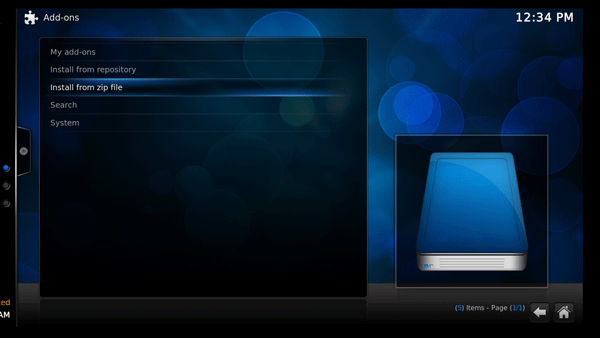 I then clicked on Home folder 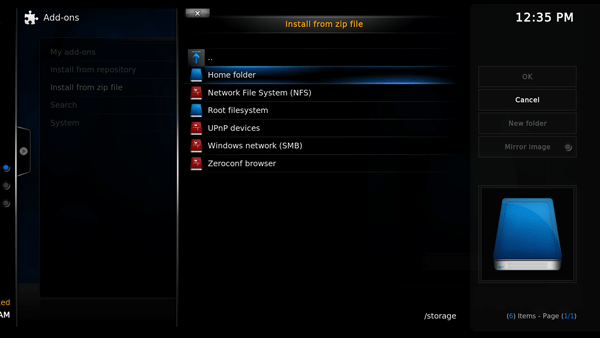 Setting up a free CA signed SSL certificate from Let's Encrypt for my LEMP server on my Raspberry Pi 3 with an Ubuntu Server 15.10.3 image to secure my WordPress site

Ensuring that your Supervisor subprocesses can run your Python applications properly behind your http proxy on Ubuntu Server 14.0.4