How to setup Python Imaging Library, Pillow, on Raspbian Stretch Lite for processing images on your Raspberry Pi

When you are building a Raspberry Pi project that deals with images, the Python Imaging Library, Pillow can be very useful. For example, if you connect a camera to your Raspberry Pi 2 or 3 and took a picture, you may want to resize the picture before sending it to a server endpoint.

In case you have trouble setting up Pillow on Raspbian Stretch Lite, this post is for your reference.

It is recommended that you build your Python application with Python 3.

Previously, I had created some guides to setup Raspbian Stretch Lite on Raspberry Pi Zero W and Raspberry Pi 3 for running Python 3 applications:

For the purpose of this guide, we will be basing this guide from one of the above articles.

Pillow has a couple of dependencies that we need to install on our Raspbian Stretch Lite. In order to fulfil such dependences, we will run the following commands in a terminal session:

After we had installed the dependencies, we can prepare a virtual environment to run Python 3 application that uses Pillow.

To do so, we first run the following command to create the virtual environment for running Python 3 applications:

Once virtualenv had created the Python 3 virtual environment for us, we then activate the environment with the following command:

When the pip command completes, we can run a Python 3 application that uses Pillow to process images from within the virtual environment.

Testing some capabilities of Pillow

Firstly, run the following command to get a large image into your Raspbian Stretch Lite:

After the command completes, you will find a large-file.jpg in the current working directory. This image is taken from https://commons.wikimedia.org/wiki/File:LARGE_elevation.jpg.

Thereafter, use the nano editor to create a Python script:

Once nano editor loads, copy the following content into the editor:

After you had copied the contents, press 'Ctrl-X' and type 'Y' to save the file.

When you had saved the file, run the Python script with the following command:

You should see the following output in your terminal:

With that, you can use the virtual environment to run Python 3 applications for image processing tasks on your Raspberry Pi. 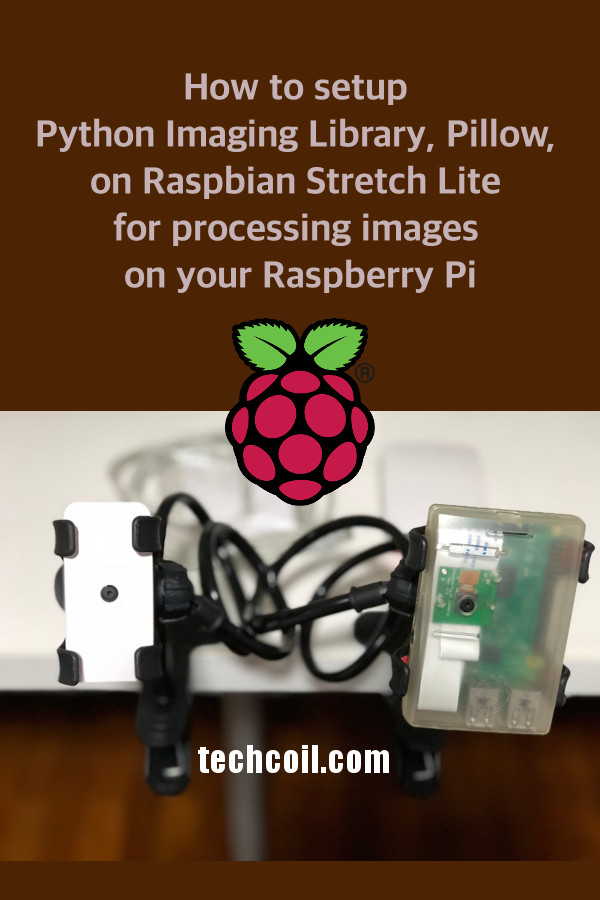