As I had mentioned in my review of the Raspberry Pi 4 Model B, the Pi 4B can overheat.

After I did a review on Seeed Studio Blink Blink ICE Tower CPU Cooling Fan, I am convinced that small heat sinks are inadequate in cooling a hot Pi4B.

If you are facing same issues, here are some cases to cool your Raspberry Pi 4B.

If you find that the bare Pi 4B with the cooling tower is skimpy, then have a look at GeeekPi Raspberry Pi 4 Case with ICE Tower Cooler CPU Cooling Fan.

When you are willing to top up a few dollars more, you get a ICE Tower Cooler CPU Cooling Fan along a 5-Layer Acrylic case. 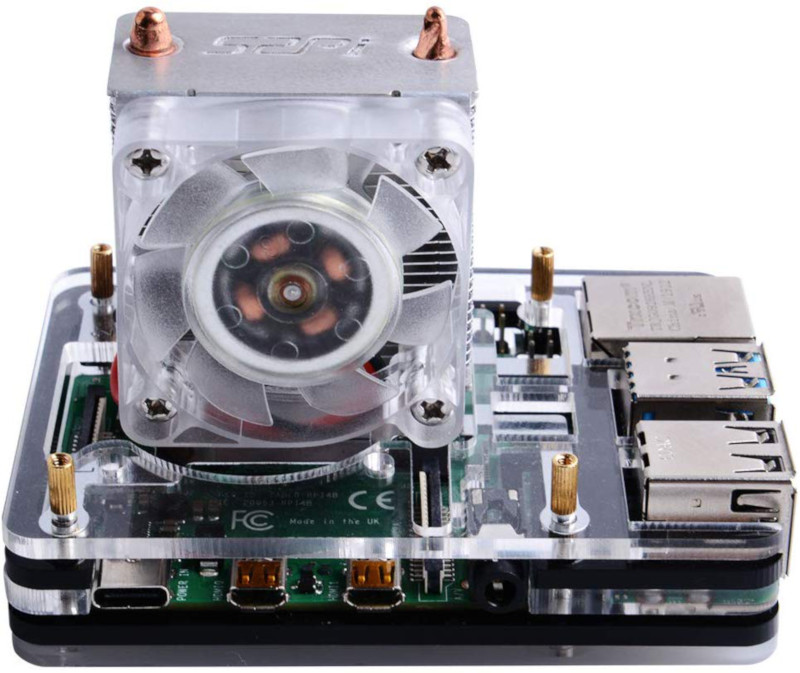 Another of GeeekPi's offering is an acrylic case with cooling fan & 4 heatsinks for Raspberry Pi 4B. 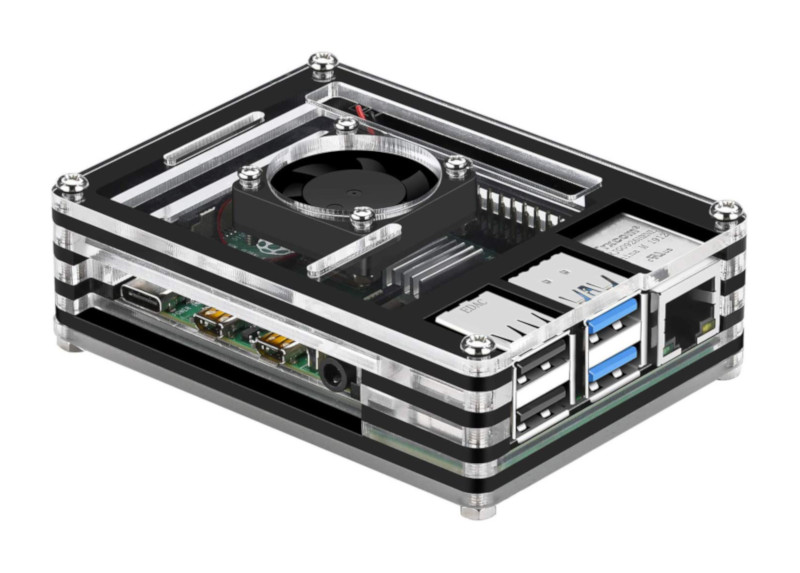 If you want another USB power supply, then look at the Geeek Pi's acrylic case that comes with an additional power supply.

When given an aluminium alloy armor, our Raspberry Pi 4B is protected from knocks and heat. After attaching 2 fans, you can be sure that your Pi 4B will run at optimal temperature.

So how can we buy this prescription with one purchase?

If you want such a cooling solution, then look at the Raspberry Pi 4B aluminium heatsink armor case with dual fans. 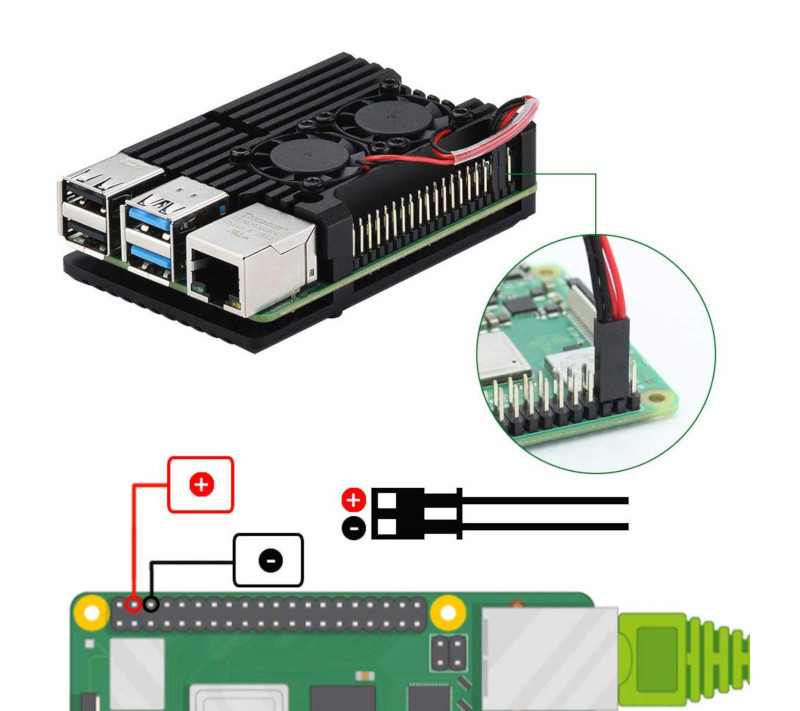 So what if we do not need the fans to run? This EleDuino Raspberry Pi 4 Aluminium Case will run the fans when it needs to. 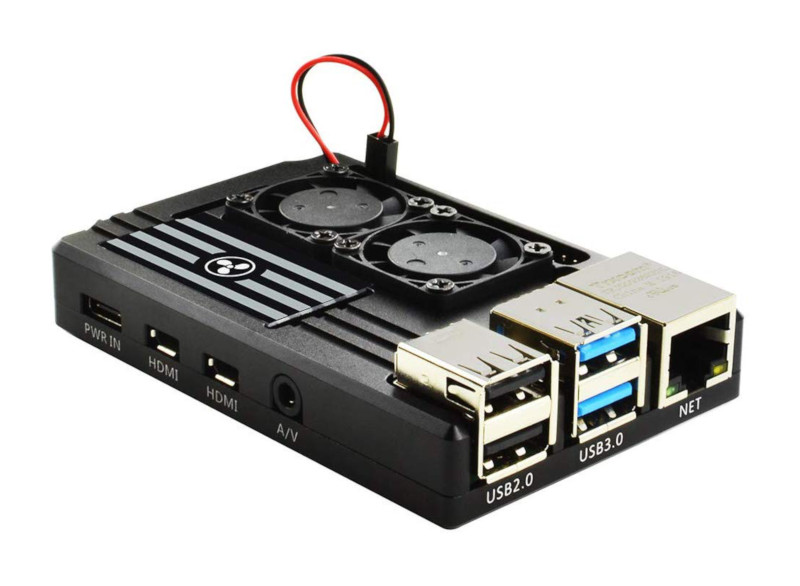 Therefore, this case protects your Pi 4B from knocks and overheating with just the amount of energy that is needed.

Although it does not look like it can cool down our Pi 4B, the Flirc Raspberry Pi 4B Case is designed to do so.

Since the entire case is made of beautiful aluminium, we get a heatsink that wraps our Pi 4B.

If you wish to run your Pi 4B as a server fanless, then you will want this case. 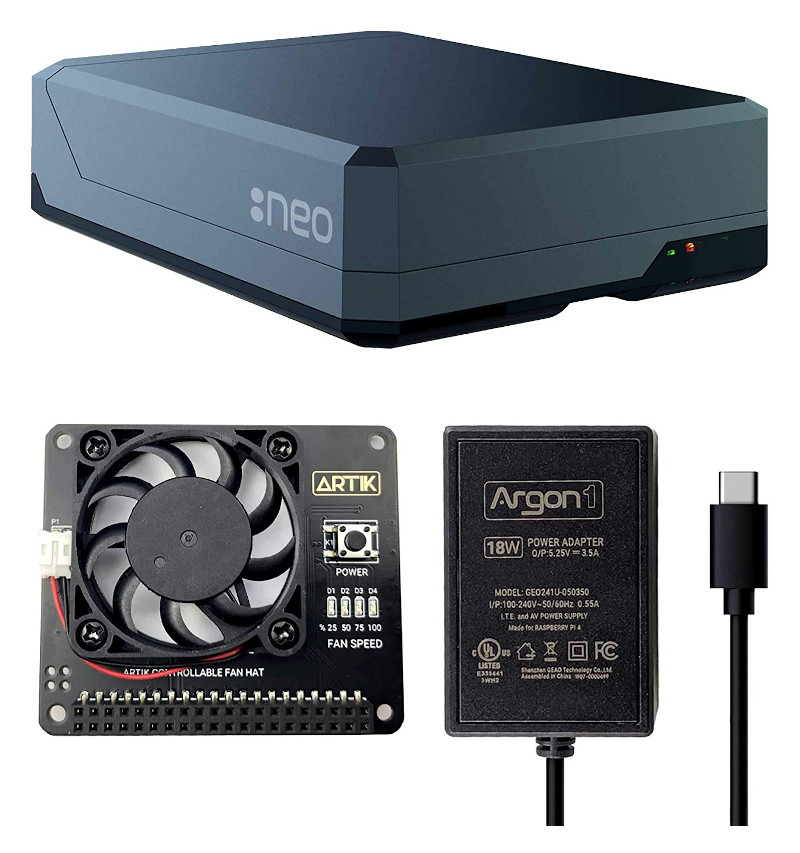 Given that the slim aluminium enclosure already cools the Pi passively, an additional fan will ensure that your Pi runs at optimal temperatures.

So far, we have explored Pi 4B cases that does not alter the rectangular shape of a Pi 4B.

When you get the Argon ONE Raspberry Pi 4 Case with cooling fan and aluminium heatsinks, you get sleekness. 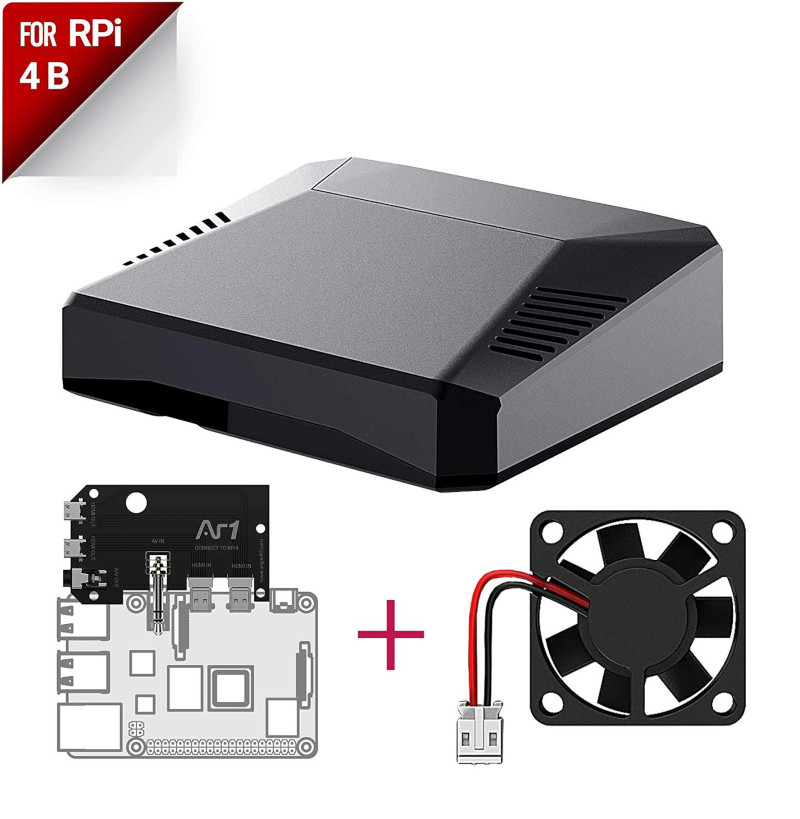 Given that Argon ONE case comes with a cooling fan and heatsinks, the Pi 4B will not overheat.

Although it makes your Pi 4B a little bigger, it can look good on the computer desk: 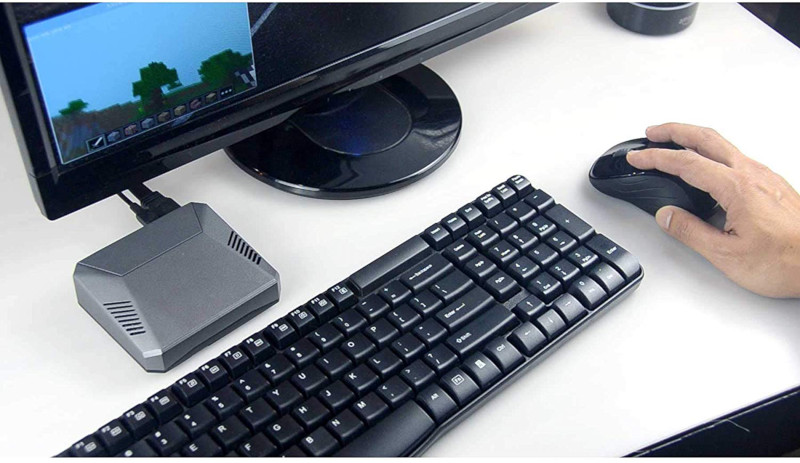 If you like retro games, then get the Vilros Raspberry Pi 4 Compatiable NES Style Retro Gaming NES Style Case. 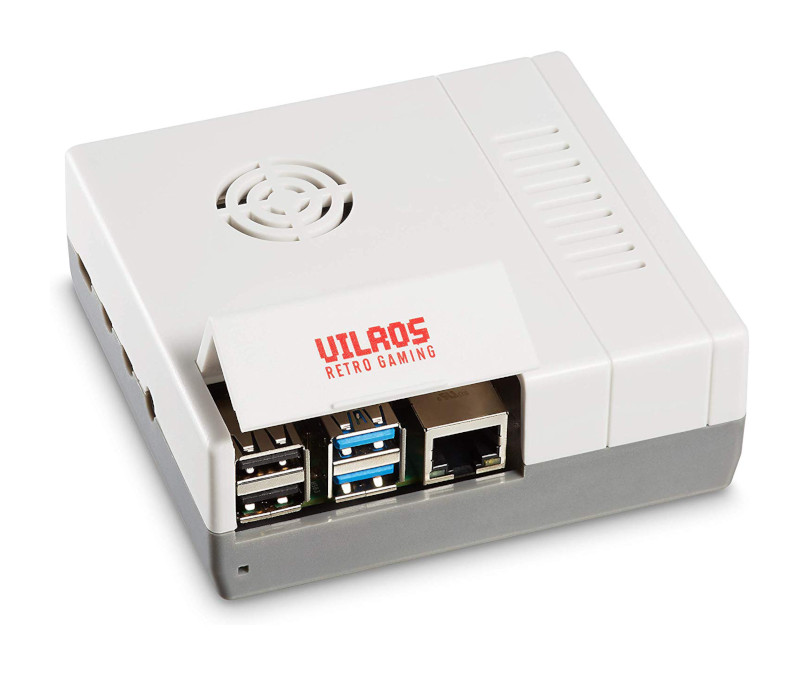 Since this case has a cooling fan, you do not have to worry about overheating your Pi 4B while gaming.

When I setup my Official Raspberry Pi touchscreen with a Pi 4B, I do not feel safe using it. I felt that I could break it when it slips my hand.

If you are in my shoes, get a SmartiPi Touch 2 case. 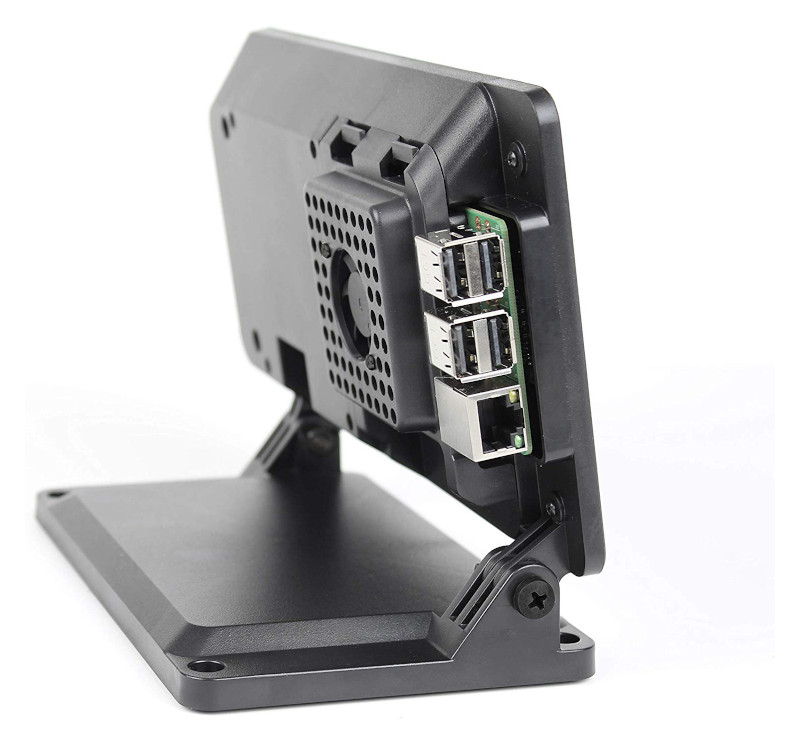 Unlike the previous edition of the case, the SmartiPi Touch 2 comes with a cooling fan.

Given that, you can prevent your Pi 4B from overheating behind the touchscreen. 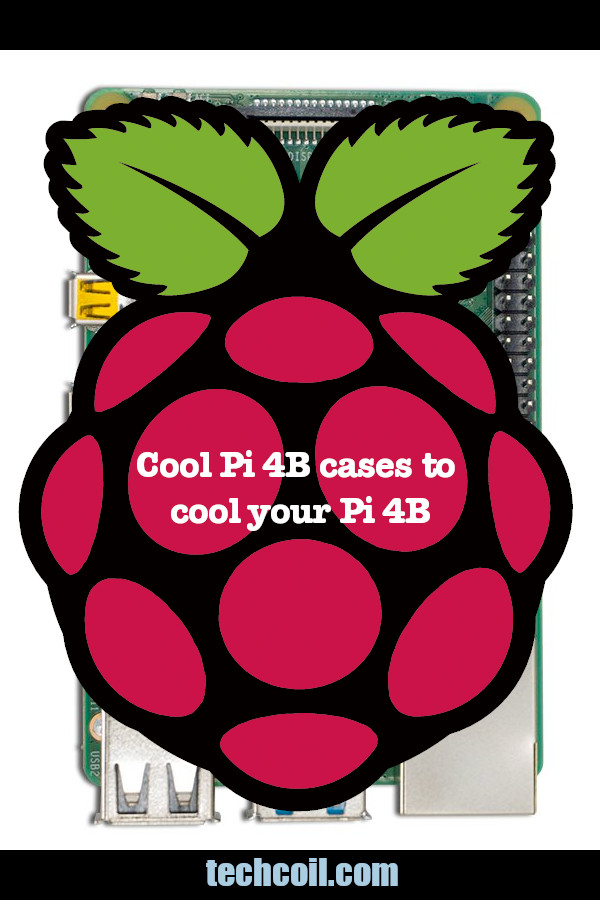