When you have an old Windows machine, you can convert it into an IOT gateway.

So how can we read sensor data from Arduino or ESPx via serial connection on our Windows machine? Since C# is a programming language for creating windows application, we can use C# to read those data from serial.

Since I had talked about how to use a ESP32 development board to read temperature and humidity from a DHT22 sensor, let's include that in our current scenario.

After we had uploaded the Arduino sketch to our ESP32 development board, let's connect it to our windows machine via USB.

When we do so, our ESP32 development board will periodically get the temperature and humidity values and write the values to the serial port.

Before writing any C# code, we need to identify the COM port to interact with our ESP32 device.

In order to do so, first search for device manager: 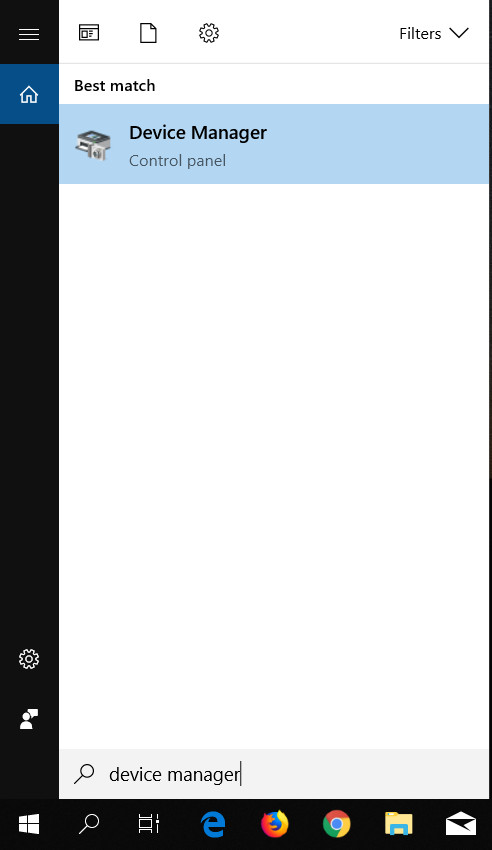 When your device manager loads up, find an entry labelled as Silicon Labs CP210x USB to UART bridge under Ports (COM & LPT):

As shown above, my windows machine had allocated COM5 to the ESP32 development board connected to it.

If you are using Arduino Uno, you should find an entry that looks like Ardunio Uno (COMX).

At this point in time, we are ready to create the C# code to read the sensor data from Arduino or ESPx via serial connection.

Given that, let's create a simple console application that read from the serial connection every half a second:

First of all, we indicate that we wish to use some classes contained in the System and System.IO.Ports namespaces:

Once we had done so, we define our own namespace and a class with a Main method.

Inside the Main method, we try to create a SerialPort instance to COM5 with a baud rate of 9600. When we had done so, we attempt to open the connection to our serial port:

After that, we attempt to read from the serial port periodically, one line at a time and output the readings to console:

Once you had built your C# program, you can then run the executable with command prompt. When you run your application, you should see output similar to the following: 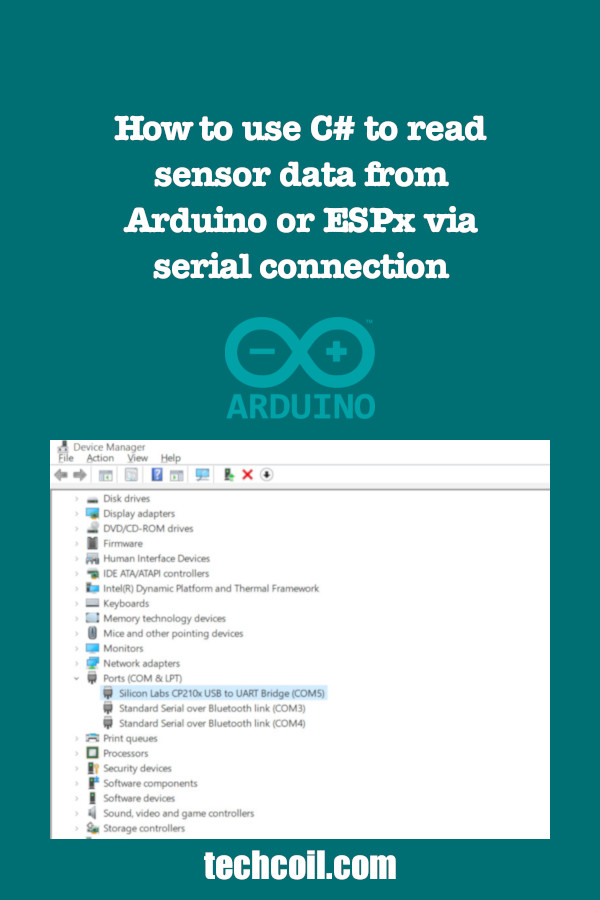 How to create an API endpoint that generates a QR Code image, with Python 3 Flask-RESTPlus and python-qrcode